One afternoon Jake, my little brother, my boyfriend and I went outside to do some errands and to have a quick snack as well since we are all craving for siomai. On our way, we saw a stack of cage with cute puppies inside. I can’t tell what breed are those, but they all have fluffy furs. Because of their cuteness, my boyfriend can’t resist asking the vendor how much the puppy is. The price? It’s thousand. I know that puppies with breed are not cheap. My boyfriend asks me if I want to have one. I told him, yes I am interested but I am not willing to commit. Dogs with breed need time and attention. And their maintenance is not affordable. So I said, no I am not ready to have one. Besides, we already have Tiloy, our Aspin pet.

Out of nowhere with a sense of worry, Jake ask my boyfriend. “Why Kuya Paulo? Will you buy one?”

My boyfriend answer “Yes, if your ate wants to have it”

“What will happen to Tiloy after?” Jake respond

As what normal adults do to children, my boyfriend tried to tease him by saying…

“I will sell Tiloy to a drunker as a cold meat, besides, you will have a new puppy and you won’t be needing Tiloy”

Disclaimer, my boyfriend just tends to tease Jake to see his reaction and his statement here is not true. He loves Tiloy as much as we do. He even spends time putting powder on Tiloy’s skin so he can avoid fleas.

But my brother is too gullible and believe what he said. He then pleaded me not to accept that puppy and he said Tiloy is already enough.

I feel its fun to tease Jake since he looks so annoyed. I ask “Why? Don’t you want to have a puppy that is much fluffier than Tiloy?”

He became angry and said “I don’t care if that puppy is much fluffier, I don’t care if he has a breed. I want Tiloy over them. For me, Tiloy is as much cuter than everyone else”

That was the time I realized how my brother loves our dog so much. He is not willing to give up on him even though a more attractive dog came by. Even though Tiloy is an Aspin, and having an Aspin as a pet is more practical than with breeds because they are more accustomed to living here. We are trying to treat him as unique as with breeds. I bought him dog food but unfortunately, he doesn’t like it. We buy dog soaps, dog powder and a cute collar for him. Maybe for others, having a dog is a social status, but for us having one means adding him as part of the family.  And I think this is a reflection of how we love.

I remember the moral of The Little Prince story by Antoine de Saint-Exupéry . For those who are not familiar with the story, here it is:

The Little Prince was in a journey and searches if his rose is the most special and the only rose in the universe. But farther away he gets from his flower, the more he realizes that it was his job to appreciate and protect her, not to get something from her. But when he comes to the garden of roses, he cries because he thinks his flower is not unique, as she had told him. 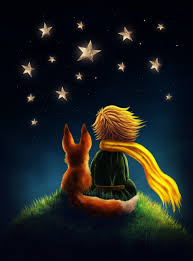 The fox is the one who teaches the Little Prince the moral lesson. He teaches him what it means to be tamed by someone–which is growing to love that person. After taming the fox, the Little Prince realizes that his rose is unique, because she is his rose, and he cares for her.

o Jake, for him, Tiloy is unique, because he is his dog, and he cares for him.

Same as to your children. They are unique because they are your children and we love them. And we think no one who could replace them.

Same as to your husband or wife. There are more attractive peoples out there but we always find our partner irreplaceable.

Same as to our sisters, brothers, friends, and relatives.  All of them are unique and special. And what makes them be one is how we feel towards them.

Hi, thank you so much for reading. Please leave me your thoughts in the comment section below. If you find this helpful, please like and share..